RTP1 is the main television channel of Rádio e Televisão de Portugal, the Portuguese public broadcasting corporation.
RTP1 has a variety of programs, composed mainly of news and talk-shows, sports, current affairs, national and international fiction, such as films and TV series. Unlike sister channel RTP2, RTP1 broadcasts commercial advertising, which, along with the licence fee, finances the channel.

RTP1 is the main television channel of Rádio e Televisão de Portugal, the Portuguese public broadcasting corporation. Portugals first channel, RTP1 was launched in 1957 as RTP. For a brief period it was known and marketed as Canal 1 (Channel 1); it is still commonly called this. It is one of the most watched television networks in the country. The channel became a 24-hour service in 2002, although it now leases its graveyard slot (4am to 6am) to the infomercial producer and direct-response marketer, A Loja Em Casa (in turn owned by El Corte Inglés). Up until that point, RTP1 closed down with the national anthem, but this practice stopped not too long before infomercials filled the overnight slots. 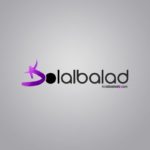